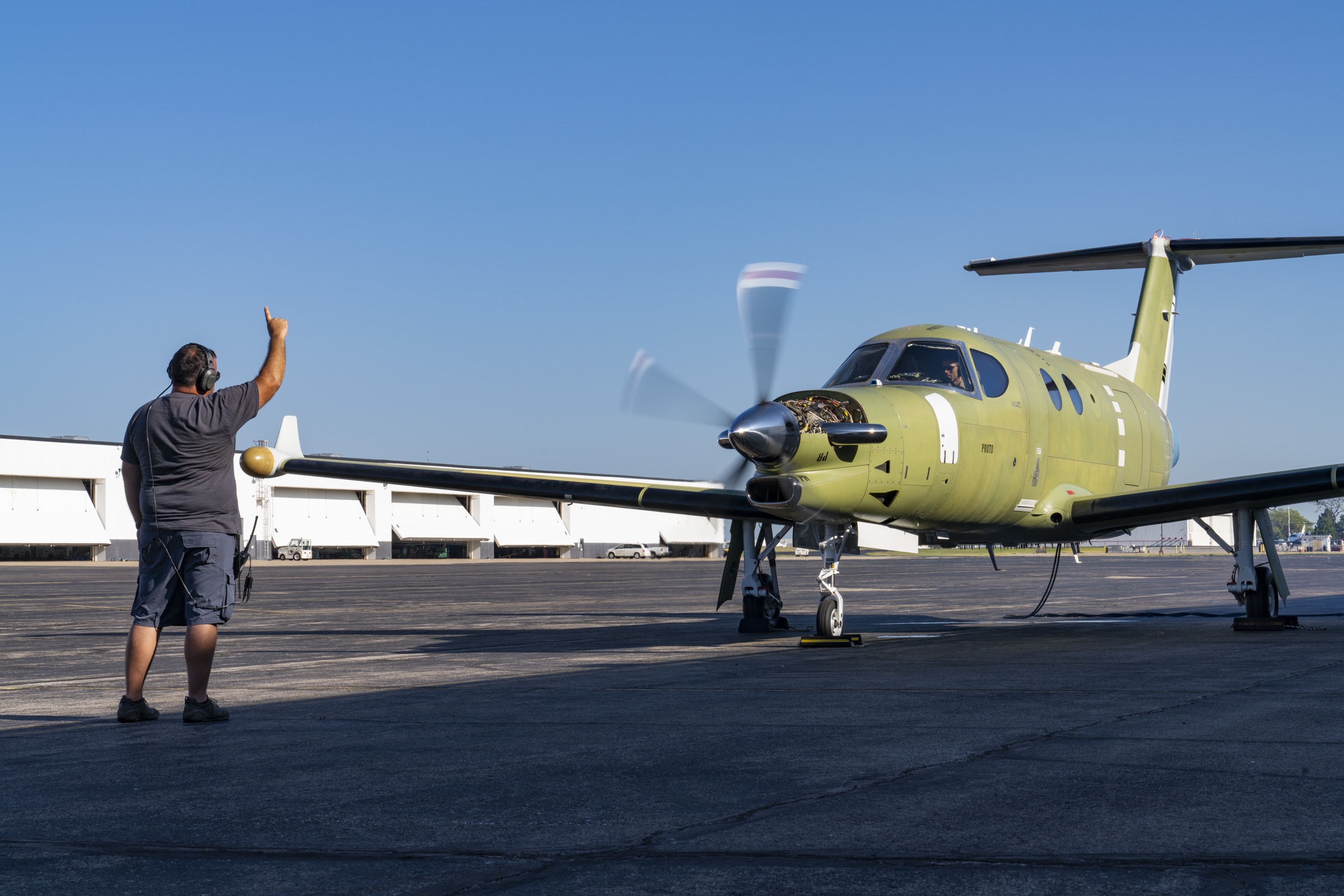 By africairweb September 7, 2021 No Comments

WICHITA, Kan. (Aug. 26, 2021) – Textron Aviation today announced it successfully completed initial ground engine runs on the prototype Beechcraft Denali single-engine turboprop powered by GE Aviation’s new advanced Catalyst engine. The ground engine runs, which took place at Textron Aviation’s west campus in Wichita, Kansas, verified the functionality of the fuel system and engine, as well as the interface with the avionics and electrical systems. The testing moves the clean-sheet design aircraft closer to its milestone first flight, which is anticipated by the end of the year.

The Beechcraft Denali is designed and manufactured by Textron Aviation Inc., a Textron Inc. (NYSE:TXT) company.

“These successful engine runs are a significant step toward the upcoming inaugural flight for the Beechcraft Denali, and they are a testament to the determination and collaboration from both the Textron Aviation and GE Aviation teams,” said Chris Hearne, senior vice president, Engineering. “The Denali features a technologically advanced engine that burns less fuel. It has an intuitive avionics suite that eases pilot workload and boasts the most spacious cabin in its segment. We are excited to get this aircraft into the hands of our eager customers.”

The Beechcraft Denali development program has achieved several important milestones in recent months. Earlier this summer, GE Aviation Catalyst engine was installed on the Beechcraft Denali prototype airframe and the aircraft was powered on for the first time. Two other Denali flight test articles are also in development. Three additional ground test articles will be used for the airframe static and fatigue tests, and for cabin interior development and testing. The company anticipates certification for the Denali in 2023.

The Denali cockpit features the Garmin G3000 intuitive avionics suite featuring high-resolution screens and touchscreen controllers. An integrated Garmin autothrottle is now a standard feature, which interfaces with the Automatic Flight Control System (AFCS) and Flight Management System (FMS) to provide easy speed control throughout all regimes of flight from takeoff to touchdown.

The aircraft is equipped with McCauley’s new 105-inch diameter composite, 5-blade, constant speed propeller, which is full feathering with reversible pitch and ice protection. The propeller will undergo a series of certification tests, and several are already underway.

The Beechcraft Denali’s flat floor cabin is designed to be the largest in its segment and offers the versatility to easily convert between passenger and cargo configurations. The Denali cabin features a standard seating configuration of six individual reclining seats and offers a nine-place high density seating option.

The aircraft boasts a digital pressurization system maintaining a 6,000-foot cabin altitude at a service ceiling of 30,000 feet. The Denali also offers passengers the convenience of adjusting the cabin temperature and airflow from a climate-control switch panel located on the cabin sidewall.

Denali customers will also enjoy large cabin windows, interior LED lighting, a forward refreshment cabinet and an in-flight accessible baggage compartment. An optional externally serviceable belted lavatory with pocket door enclosure that is located in the rear of the cabin is also available.