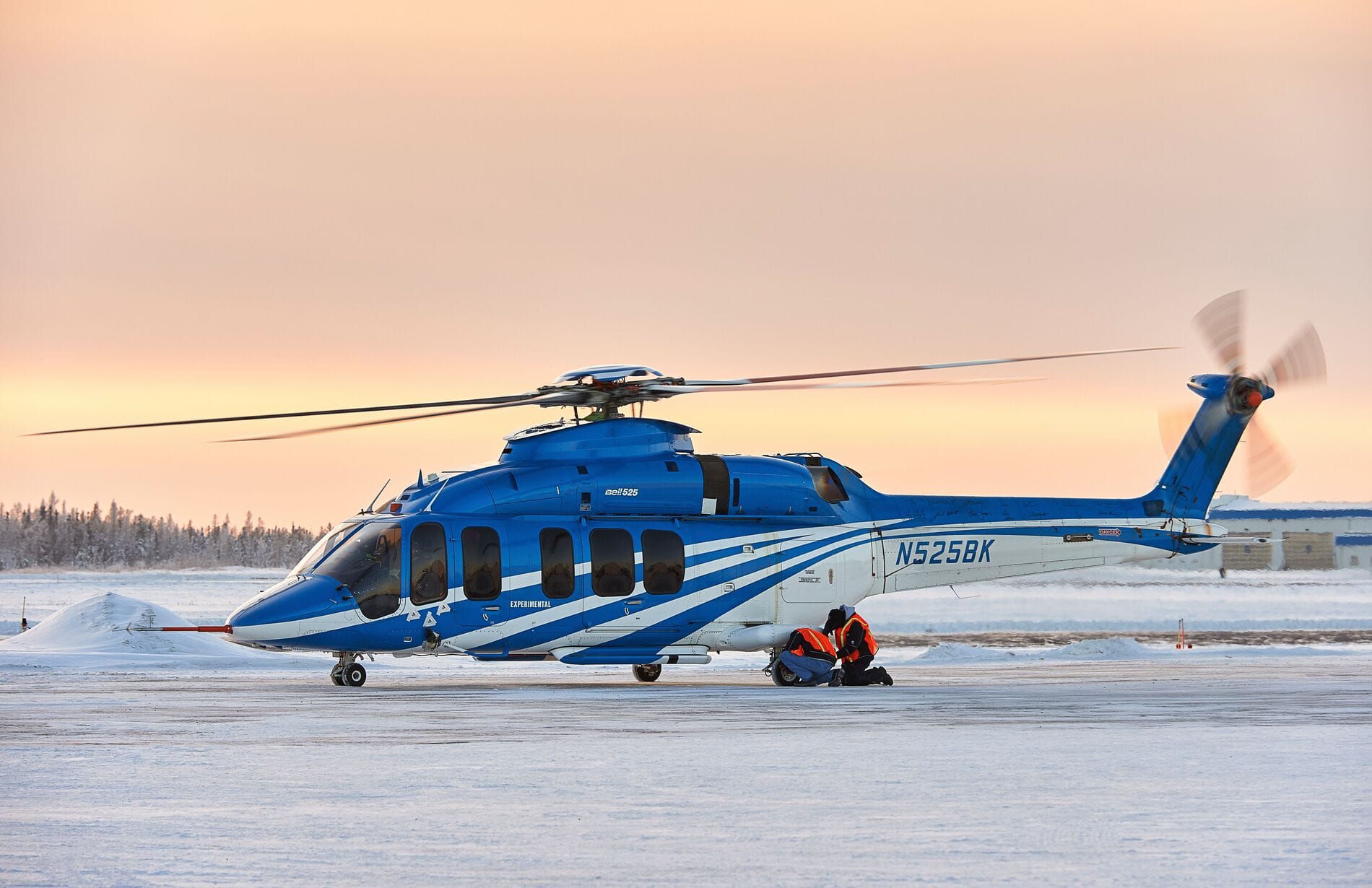 Bell expects 525 certification by the end of this year

Bell is optimistic it will see the Bell 525 certified by the Federal Aviation Administration (FAA) this year, bringing the world’s first commercial fly-by-wire helicopter to market after a protracted 10-year development effort.

According to Byron Ward, vice president of the Bell 525 program, Bell has now completed most of its certification activities apart from some “residual flight test work” and expects to turn all of the necessary certification artifacts over to the FAA by the end of June.

“Then it will be off to the races with them,” Ward told Vertical in late February. Although “Bell is not making commitments on behalf of the FAA,” he said, “we would certainly expect [certification] to be in 2021.”

Officials from the European Aviation Safety Agency (EASA) and Transport Canada have already been engaging with the certification program, and validations from those regulators should follow within a year after FAA certification, Ward said.

If certification — and Heli-Expo — proceed as hoped, Bell should have an FAA-certified 525 at HAI Heli-Expo 2022, fully a decade after the model was unveiled at Heli-Expo 2012. At the time, the manufacturer projected first flight in 2014, with certification to follow “soon thereafter.”

However, the schedule for first flight slipped to July 2015 and the program suffered a major setback a year later, when severe vibrations during high-speed flight testing caused the first prototype to break up in flight, killing both test pilots on board. Bell paused flight testing for a year while it worked to address the issues that led to the crash.

According to Ward, multiple additional factors have combined to further protract the development process. Compared to conventional helicopters, the program faced extra challenges in demonstrating the safety and reliability of its fly-by-wire flight controls, which are not well addressed by existing certification regulations for helicopters.

Perhaps even more significant was the requirement to comply with new standards for damage and fault tolerance and drivetrain performance, “which means you have to do a lot of additional testing . . . so that certainly takes quite a bit longer,” he said. “That’s one of the principal reasons why an aircraft like the 525, you just are not going to see new aircraft like that come out very often.”

Ward said that the 525 will meet the requirements of the EASA’s Amendment 5 for Part 29 rotorcraft, including rigorous standards for gearbox performance in the event of loss of lubrication. He said that Bell has already demonstrated more than an hour of “run dry” capability on each of the aircraft’s gearboxes. As of late February, the company had completed all gearbox certification testing except that for the main rotor gearbox, which was scheduled to be performed “in the next few weeks.”

“We’ve made a very simple, very robust gearbox with all of the ancillary power takeoff external to the gearbox . . . such that in the event that you have a loss of lube failure, for example, that the gearbox could turn for a long time without oil,” Ward said.

Robust run-dry capability is a high priority for the offshore oil-and-gas market, where flights travel long distances over water with few options for emergency landings. According to Ward, oil-and-gas remains the principal market for the 525, even though that market is considerably depressed, with oil having only recently rebounded to around $60 per barrel — down from over $100 when the 525 program was announced in 2012.

“There’s still plenty of offshore exploration going on around the globe, so we’re going to continue to pursue that,” said Ward. “The oil companies and their operators are very aware that a lot of the type aircraft they’re operating are 30-, 40- and 50-year-old type designs now, so they’re very interested in new technology and a new level of safety.”

Ward added that Bell is also seeing strong interest in the 525 from head of state and VIP customers, as well as for paramilitary and search-and-rescue operations. He declined to share any details on orders or customers.

Once the aircraft enters service, Ward said, Bell expects it to have the lowest maintenance man hours per flight hour requirement in its class, thanks to its self-diagnostic capabilities.

“You’ll be able to maintain it via an iPad — you’ll be able to look up the fault incurred, whether the aircraft is in flight or on the ground, and in a 3D space, understand how you need to troubleshoot the aircraft and know where to go to do the troubleshooting,” he explained. “The folks that are out there currently maintaining aircraft with paper manuals are very excited to move into the digital domain.”

Not only maintainers but also pilots will love the 525, Ward promised. “We’ve done demos with folks that are flying this class aircraft and the heavier class and they’ve been very, very generous in their accolades of how well this aircraft flies,” he said, adding that with the 525 and now its military V-280 Valor and Bell 360 Invictus programs, “Bell is going fly-by-wire and on a big scale — it’s just the way of the future.”

Meanwhile, Ward said, passengers as well as pilots should be impressed with the 525’s comfort and quietness. “Smoothness was a requirement from the beginning and we’ve gone to great lengths to ensure that the aircraft has a very smooth ride.”

For the several hundred Bell employees assigned to the 525 program, excitement is building as the certification finish line finally comes into sight.