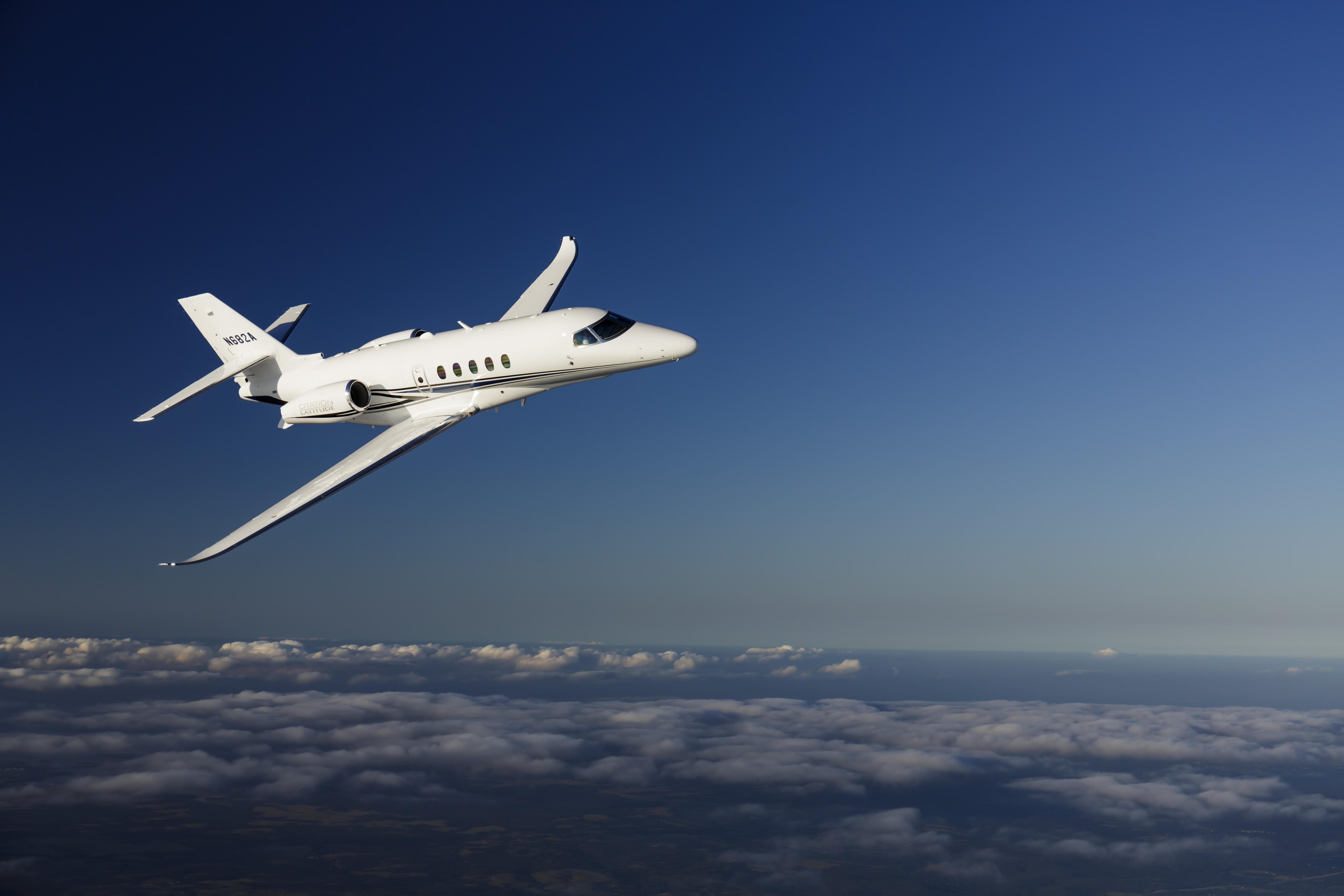 WICHITA, Kan. (June 5, 2015) – Cessna Aircraft Company, a subsidiary of Textron Aviation Inc., a Textron Inc. (NYSE:TXT) company, today announced that the Citation Latitude business jet has achieved type certification from the U.S. Federal Aviation Administration (FAA). Deliveries are scheduled to begin in the third quarter of this year. The new Citation Latitude represents the perfect balance of comfort and efficiency and is the first business jet to combine a roomy, flat floor, stand-up cabin, with a midsize price and best-in-class operating costs.

“From inception, we looked at every aspect of how we design, build and deliver new products to the market with the goal to further improve upon the key attributes that make the Citation so highly esteemed,” said Scott Ernest, president and CEO of Textron Aviation. “Throughout the certification program, the Latitude demonstrated breakthrough results, which are evident in the aircraft’s performance and value proposition. And now, customers can experience firsthand how the Latitude can reduce operating costs, while increasing productivity and profitability for their businesses.”

FAA certification follows the aircraft’s first Atlantic crossing and European debut at the European Business Aviation Convention & Exhibition in May. Customer reception remains strong as the aircraft’s transcontinental and European performance capabilities were showcased during a month-long regional demonstration tour. The aircraft flew non-stop from St. John’s, Newfoundland to Valencia, Spain in just over 5 hours demonstrating notable fuel efficiency that would allow the aircraft to continue to several additional European destinations. The Citation Latitude will continue its global debut schedule throughout the remainder of the year.

The Latitude is entering the market with enhanced performance specifications, including increased range of 2,850 nm at long-range cruise and 2,700 nm at high-speed cruise, as well as improved runway performance of 3,580 feet, all of which are reflected in final certification results.

Among the first customers is NetJets, who has ordered up to 150 Citation Latitude business jets, with initial deliveries beginning in 2016.

Innovation in the factory, leadership in certifying new products

Assembly of the Citation Latitude features a variety of technological advancements including the use of new automated robotics, monolithic machined structures and ergonomically friendly tooling stations, resulting in greater precision throughout the build process. Through these advancements, customers benefit from the highest quality, increased maintenance intervals and reduced aircraft down times. This, combined with the Latitude’s increased performance, results in up to 20 percent lower operating costs than competing aircraft.

The flight test program for the Latitude began with its first flight in February 2014 and grew to include four test articles that flew 690 flights and amassed 1,697 flight hours. The accelerated test program validated the maturity of the Garmin G5000 avionics system and features such as the new auto-throttle, which reduces pilot workload in critical phases of flight for enhanced safety.

About the Citation Latitude

The Citation Latitude features a larger fuselage accommodating up to nine passengers. Designers created the most open, spacious, bright and refined cabin environment in the midsize category with a flat cabin floor and 6 feet (1.83 meters) of cabin height. Innovation abounds with unique features designed throughout the aircraft such as the electronically-operated cabin door ushering passengers into the widest fuselage of any Citation. Cessna’s Clairity™ cabin-technology system provides connectivity and entertainment to each passenger through their personal electronic devices. Improving cabin comfort for passengers and crew alike, the Latitude features a new cabin cooling system and a new pressurization system, which provides a 5,950-foot cabin altitude at the aircraft’s maximum operating altitude of 45,000 feet (13,716 meters).

More than 6,750 Citations have been delivered to customers around the world since the first Cessna Citation business jet was put into service in 1972. Citations are the largest fleet of business jets in the world and have surpassed 31 million flight hours.

Textron Aviation Inc. is the leading general aviation authority and home to the iconic Beechcraft, Cessna and Hawker brands, which account for more than half of all general aviation aircraft flying. The Textron Aviation companies include Cessna Aircraft Company and Beechcraft Corporation, bringing together decades of unmatched experience in designing, building and supporting airplanes. It provides the most versatile and comprehensive general aviation product portfolio in the world through five principal lines of business: business jets, general aviation and special mission turboprop aircraft, high performance piston aircraft, military trainer and defense aircraft, and a complete global customer service organization. Its broad range of products include such best-selling aircraft as Citation and Hawker business jets, King Air and Caravan turboprops and T-6 military trainer aircraft, all of which are backed by the industry’s largest global service network. For more information, visit txtav.com.

Africair is the largest Cessna Aircraft Company distributor in the world. As Cessna’s exclusive Authorized Sales Representative for 48 countries in and around Africa, we distribute the entire Cessna product line, from the Cessna single engine piston Skyhawk to the fastest general aviation aircraft in the world, the Citation X.Cessna has manufactured more general aviation aircraft than any other company, and is recognized as the industry leader in safety, reliability, performance and innovation. In addition to selling new and used Cessna aircraft, we provide spare parts, product support, warranty administration, maintenance and technical support, and training coordination for Cessna aircraft owners and operators.