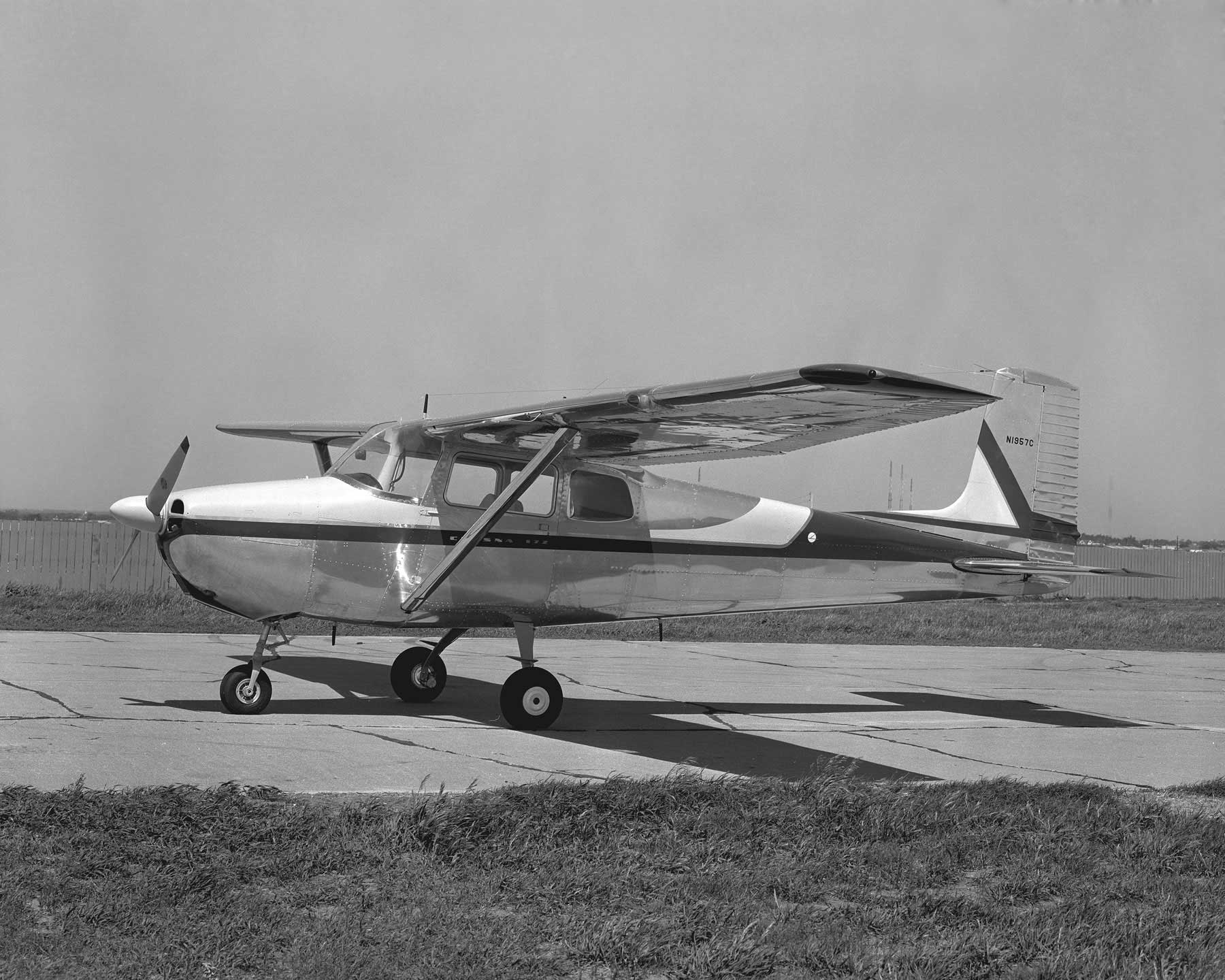 WICHITA, Kan. (June 12, 2020) – Textron Aviation Inc., a Textron Inc. (NYSE:TXT) company, is honoring the 65th anniversary of the first flight of the most popular single-engine aircraft in aviation history, Textron Aviation’s Cessna Skyhawk. Since the aircraft first took to the sky, more than 45,000 Skyhawks have been delivered to customers around the world—more than any other aircraft in the industry and solidifying the Skyhawk as the aircraft of choice for pilot training.

“On June 12, 1955, the Cessna Skyhawk took to the skies for the first time, paving the way for more than six decades of piston innovation and leadership,” said Chris Crow, vice president of Textron Aviation Piston Sales. “The aircraft quickly established its place as the ultimate training tool, with more than 1,100 built and delivered to customers during its first year of production. We are incredibly proud of the role the Skyhawk plays for many pilots as they successfully take their first solo flight and continue to grow as aviators.”

Throughout its celebrated history, the Skyhawk has remained innovative and updated with the latest avionic technology. In 2019, the aircraft, along with the Cessna high-wing piston fleet, received an addition of new standard and optional equipment as part of the Garmin G1000 NXi next-generation integrated flight deck, which provides pilots with enhanced control and connectivity in the cockpit.

Today, the Skyhawk remains an integral part of Textron Aviation’s pilot outreach efforts with programs like Top Hawk, which enables budding pilots to begin their flying journey. For the past five years, the program has connected student pilots from flight schools and universities across the U.S. with a factory-new Cessna Skyhawk for next-gen flight training. Textron Aviation also donates discovery flights to local community organizations, giving Kansas youth the opportunity to experience the advantages of general aviation firsthand. In 2019, the Textron Aviation Flying Club completed nearly 200 volunteer flights for children and students from the greater Wichita area.

This year, Textron Aviation was awarded a contract by the U.S. Civil Air Patrol (CAP) for 17 Cessna piston engine aircraft, and among the aircraft were 11 Skyhawk 172s. The CAP holds one of the world’s largest fleets of single-engine, piston-powered aircraft–550 in total. More than 500 are Cessna aircraft, used by CAP to save lives, provide disaster relief and emergency services, perform aerial photography reconnaissance and assist with military training.

About the Cessna Skyhawk

The Cessna Skyhawk platform is the world standard for pilot training and is renowned for offering the best combination of modern features, including the leading Garmin G1000 NXi avionics system with wireless connectivity, a standard angle-of-attack display system, and proven dependability.