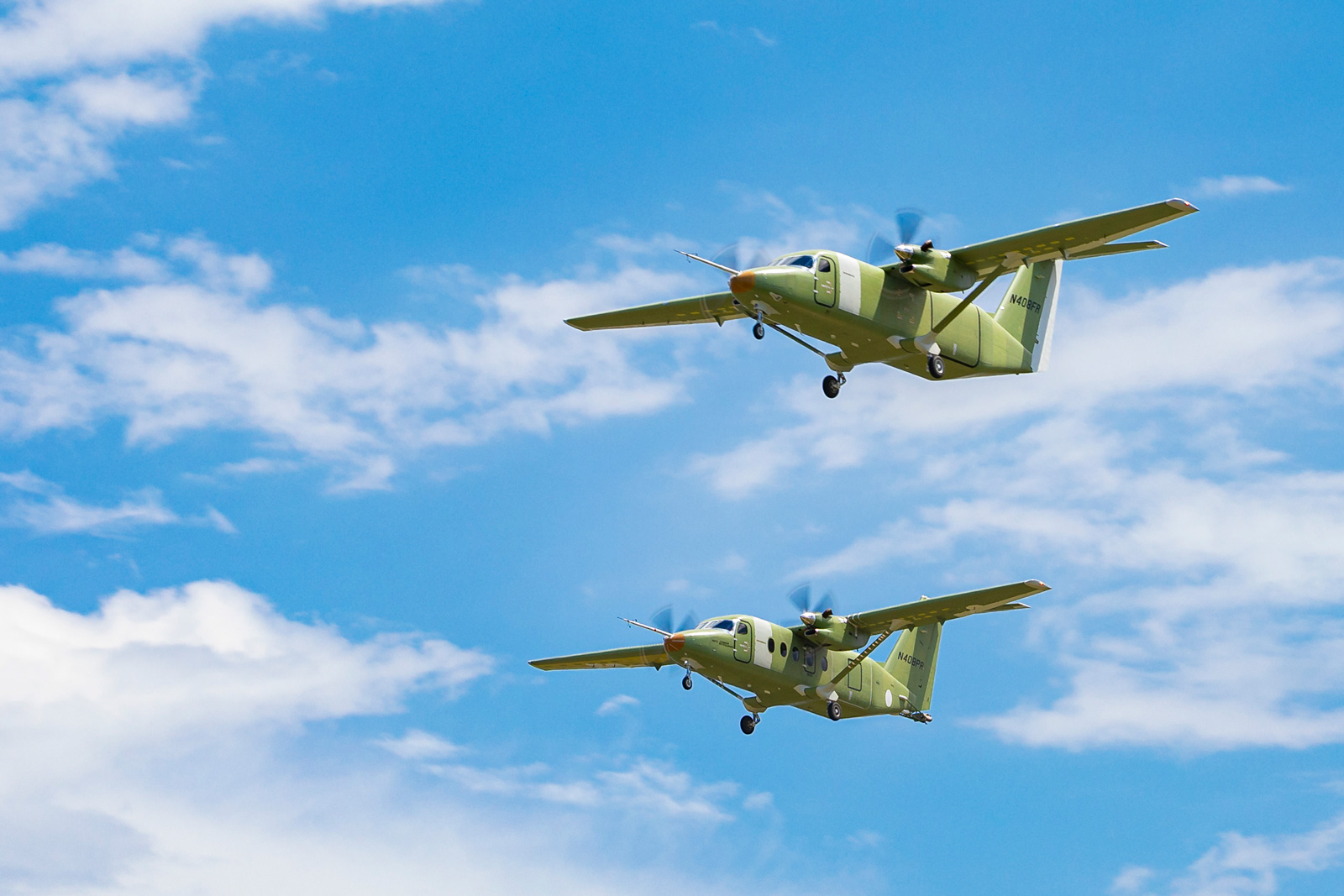 WICHITA, Kan. (Aug. 11, 2020) – Textron Aviation today announced the successful flight of its second Cessna SkyCourier flight test article (P1). The milestone flight for the high-wing, large utility aircraft comes just two-and-a-half months after the prototype Cessna SkyCourier first took to the skies on May 17. The P1 aircraft is the first conforming production flight test aircraft and is the first airframe configured as a freighter.

The Cessna SkyCourier is designed and manufactured by Textron Aviation Inc., a Textron Inc. (NYSE:TXT) company.

The first flight of P1, piloted by Peter Gracey and Todd Dafforn, lasted one-hour and 35-minutes reaching a max altitude of 14,200 feet with a max speed of 210 ktas. The aircraft will be used for the flight test program, primarily for systems testing, including propulsion, environmental control and avionics.

“This flight is another important step for the Cessna SkyCourier program as it will be used primarily for testing aircraft systems like avionics, environmental control and anti-icing,” said Chris Hearne, senior vice president, Engineering & Programs. “Since the debut flight for the prototype aircraft, the team has rapidly moved through testing and has accomplished its goals of initial envelope expansion and handling, including stalls. When you consider they have achieved all these milestones despite the many disruptions caused by a global pandemic, it’s quite remarkable. The Cessna SkyCourier program is heading through the second half of 2020 with a great deal of momentum.”

The aircraft joins the Cessna SkyCourier prototype in the flight test certification program, which will include three variations of flying aircraft. Since the Cessna SkyCourier prototype completed its first flight in May, the aircraft has successfully completed 38 flights and logged more than 76 flight hours. Through the flights, the team has been able to expand speed and center-of-gravity envelopes, complete preliminary engine and propeller tests, as well as initial stability and maneuverability tests.

The Cessna SkyCourier will be offered in various configurations including a 6,000-pound payload capable freighter and a 19-seat passenger version, all based on the common platform.

Designed for high utilization, the Cessna SkyCourier is designed to deliver a combination of robust performance and lower operating costs. The aircraft features the popular Garmin G1000 NXi avionics suite and offers highlights such as a maximum cruise speed of up to 200 ktas and a maximum range of 900 nm. The Cessna SkyCourier will include single-point pressure refueling as standard to enable faster turnarounds.

We inspire the journey of flight. For more than 90 years, Textron Aviation Inc., a Textron Inc. company, has empowered our collective talent across the Beechcraft, Cessna and Hawker brands to design and deliver the best aviation experience for our customers. With a range that includes everything from business jets, turboprops, and high-performance pistons, to special mission, military trainer and defense products, Textron Aviation has the most versatile and comprehensive aviation product portfolio in the world and a workforce that has produced more than half of all general aviation aircraft worldwide. Customers in more than 170 countries rely on our legendary performance, reliability and versatility, along with our trusted global customer service network, for affordable, productive and flexible flight.