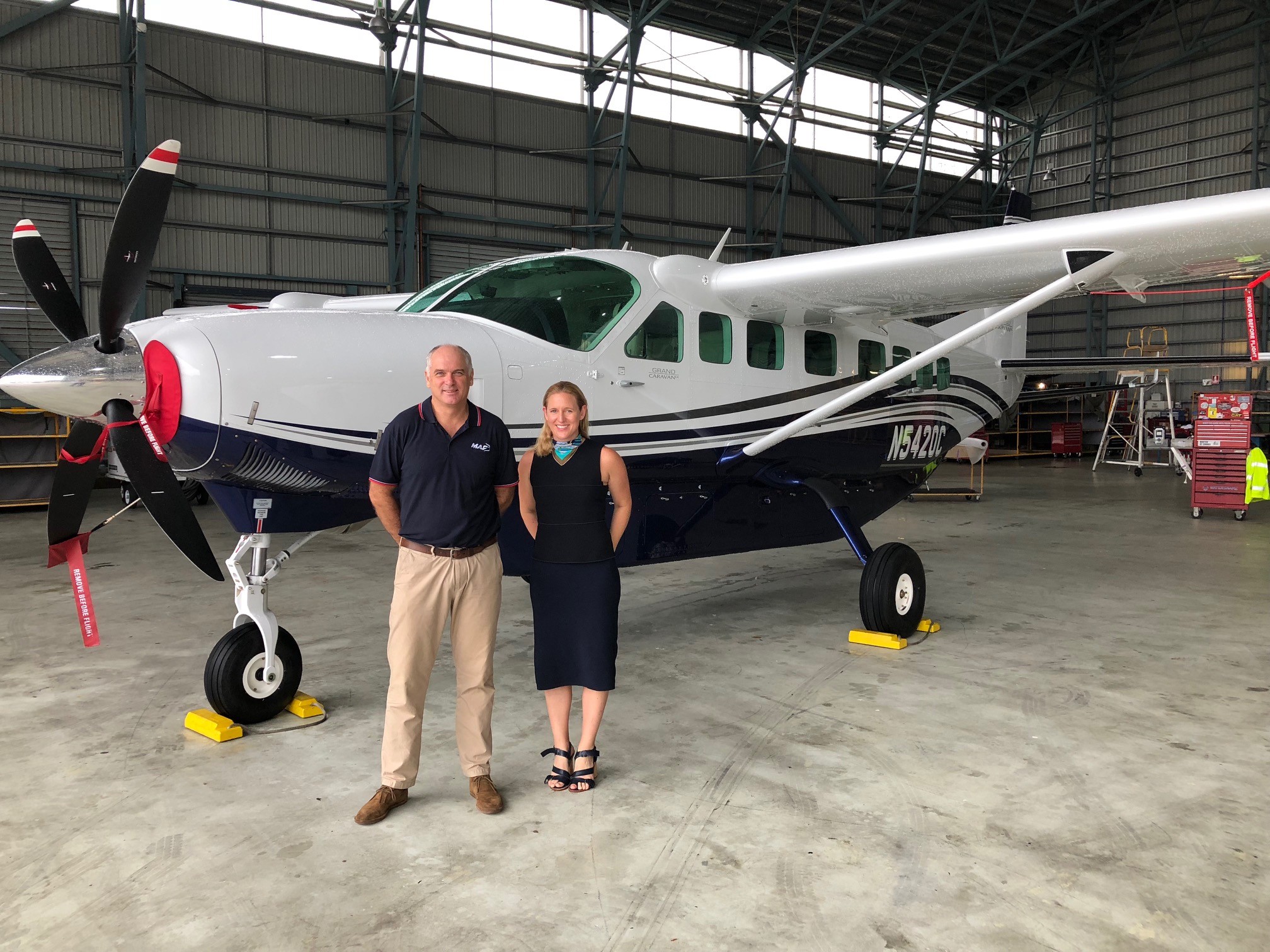 WICHITA, Kan. (April 9, 2018) – Textron Aviation Inc., a Textron Inc. (NYSE:TXT) company, and Mission Aviation Fellowship (MAF) International are pleased to announce the order of five Cessna Caravan 208 turboprops for its operations in Papua New Guinea (PNG), with the option for purchasing an additional two aircraft. This is the single largest aircraft investment by MAF International in its history. The five aircraft are scheduled to be delivered from Textron Aviation before the end of this year and are expected to be operational in PNG by mid-2019.

Since 1951 MAF has been serving the most isolated communities in PNG to bring physical and spiritual relief. MAF enables thousands of aid workers, long-term development specialists, mission workers, doctors and nurses, teachers and water engineers to deliver food, medical supplies and relief, water and education to those living in the most remote areas.

During the last decade MAF has slowly been expanding the operations of the Cessna Caravan; it is now used to operate into 95 percent of the more than 230 remote bush airstrips—many of which are positioned on mountain ridge lines. With the purchase of the five Caravan turboprops, MAF adds to its existing fleet of three in PNG, transitioning to a single fleet consisting exclusively of Caravan aircraft.

Aviation Director for MAF International, William Nicol said, “With an all-Caravan fleet powered by the dependable PT6 engine, significant gains in reliability and mission impact will be achieved. The Caravan provides capability that ensures an effective, efficient and sustainable operation—a critical consideration when operating with limited infrastructure in challenging conditions, where remote access often becomes a matter of life and death.”

“MAF’s choice to expand its fleet with the Caravan is a testament to the reliability, value and superb performance abilities of the aircraft,” said Jessica Pruss, president, Asia Pacific sales and marketing at Textron Aviation. “We are delighted to continue supporting MAF with the Caravan, an aircraft the organization can depend on to efficiently accomplish its missions.”

PNG is home to an incredible diversity of tribal groups, with more than 800 different languages and a vast array of local cultures, customs and beliefs. Of the population, 85 percent live in rural areas, relying on subsistence agriculture for survival. With no countrywide road network, overland travel is often lengthy, exhausting and dangerous. The only way most communities can reach the outside world, or be reached by others, is by trekking long distances, often for several days at a time. Effectively “locked” behind seemingly impenetrable jungles, mountains and/or swamps, communities have little or no access to basic healthcare and education; their ability to develop and engage with the wider economy and improve their own standard of living is extremely limited. Access to an air service provides options and opportunities to change these circumstances. MAF’s new Caravan turboprops are a means through which hope and development can be provided for these isolated men, women and children.

About the Cessna Caravan

The Cessna Caravan fleet of more than 2,600 aircraft is certified in 100 countries with more than 20 million flight hours amassed since the aircraft was introduced. Caravan aircraft fulfill roles for multiple missions, ranging from flight training to recreation, commuter airlines to VIP transport, cargo carriers and humanitarian missions. The aircraft was engineered for challenging missions, high payloads and short, rough runways, while providing single-engine economy and simplicity.

The Africair Group and MAF International

The Africair Group has supported MAF International and their efforts throughout our territory for over 40 years. We have provided them with aircraft, spare parts and support for their fleet all over the world. We have provided them with over a dozen new and used aircraft since 1985 – the first sale was to the MAF  Mali program with a T210, followed by another T210 to their Sudan program that same year.

Countries impacted by MAF in our territory include: