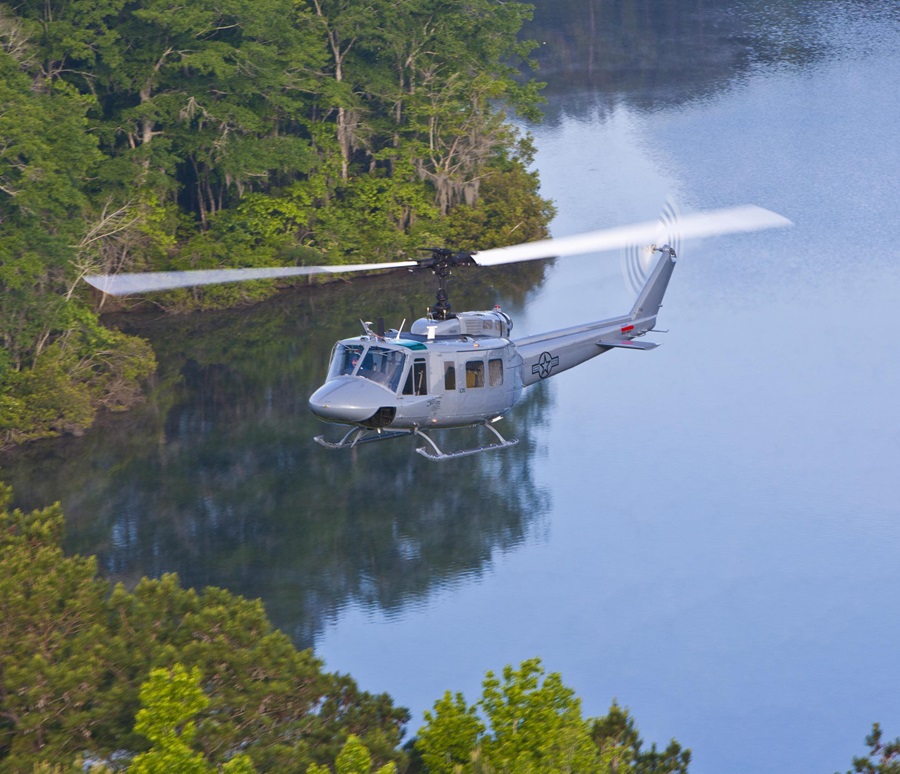 Air Force’s Huey the most mission ready of all U.S. military aircraft

By africairweb December 22, 2020 No Comments

Of all the aircraft flown by the US. military, the only type that met its mission readiness goals every year for the past decade is the Air Force’s outgoing UH-1N Huey.

In a sweeping Government Accountability Office (GAO) study of mission-capable rates for 46 U.S. military aircraft between 2011 and 2019, none of the other 11 types of rotorcraft came close to matching the Huey.

Of the 12 models of rotorcraft flown by branches of the U.S. military, only the Navy’s MH-60R comes close to meeting its annual mission-capable goals and it only hit that target twice between fiscal years 2011 and 2019. Third best was again the Air Force, with its HH-60G Pave Hawk, which met its mission-capable goals one of the nine years.

Every other model of rotorcraft from the Army’s AH-64 Apache gunship to the Marine Corps’ CH-53E Super Stallion failed to achieve the desired mission-capable rates all nine years. In fairness, the Air Force also failed to maintain its CV-22 Ospreys at optimal rates every year from fiscal years 2011 to 2019.

There are a variety of reasons listed for why the aircraft are not meeting readiness targets, but the report concludes that “DOD has generally not met established mission capable goals” for the fixed- and rotary-wing aircraft it studied.

All models of rotorcraft have suffered from parts shortages and delays in obtaining parts, while nearly half have seen readiness issues related to unscheduled maintenance, unscheduled replacement of parts, a shortage of trained maintainers and other causes.

GAO collected and analyzed data on mission capable rates and operating and service (O&S) costs from the Departments of the Army, Navy, and Air Force for fiscal years 2011 through 2019. GAO reviewed documentation and interviewed program office officials to identify reasons for the trends in mission capability rates and O&S costs as well as any challenges in sustaining the aircraft.

There are several caveats to the UH-1N being the most mission-ready aircraft in the U.S. military. For starters, unlike its more-modern Marine Corps counterpart the UH-1Y, it is not a combat aircraft. Its primary mission is to patrol and guard the nation’s nuclear missile fields under the command of Air Force Global Strike Command.

In the Washington, D.C., area, the aircraft’s primary mission is ferrying VIPs between the city and Andrews Air Force Base in Maryland. It is also tasked with whisking government officials to Andrews in the case of a nuclear attack.

Air Force Special Operations Command operates a smaller fleet of 50 CV-22s that met none of the mission-ready goals, but those aircraft are more complex and flown in austere combat zones.

And the Vietnam-era UH-1N fleet is old, with an average airframe age of 47 years. The aircraft itself was last produced by Bell in 1974 and the Air Force’s fleet has an average 14,900 lifetime flight hours, according to GAO. O&S costs per aircraft increased from about $3.89 million in fiscal year 2011 to about $4.67 million in fiscal year 2018 as a result of an increase in UH-1N maintenance costs.

“The UH-1N is experiencing many challenges related to its age,” the GAO report said. “Officials told us plans to retire the aircraft beginning in 2022 will mitigate aging issues, with full retirement expected by 2032.”

This article was first published on Vertical Mag here: https://verticalmag.com/news/air-force-huey-most-mission-ready-us-military-aircraft/