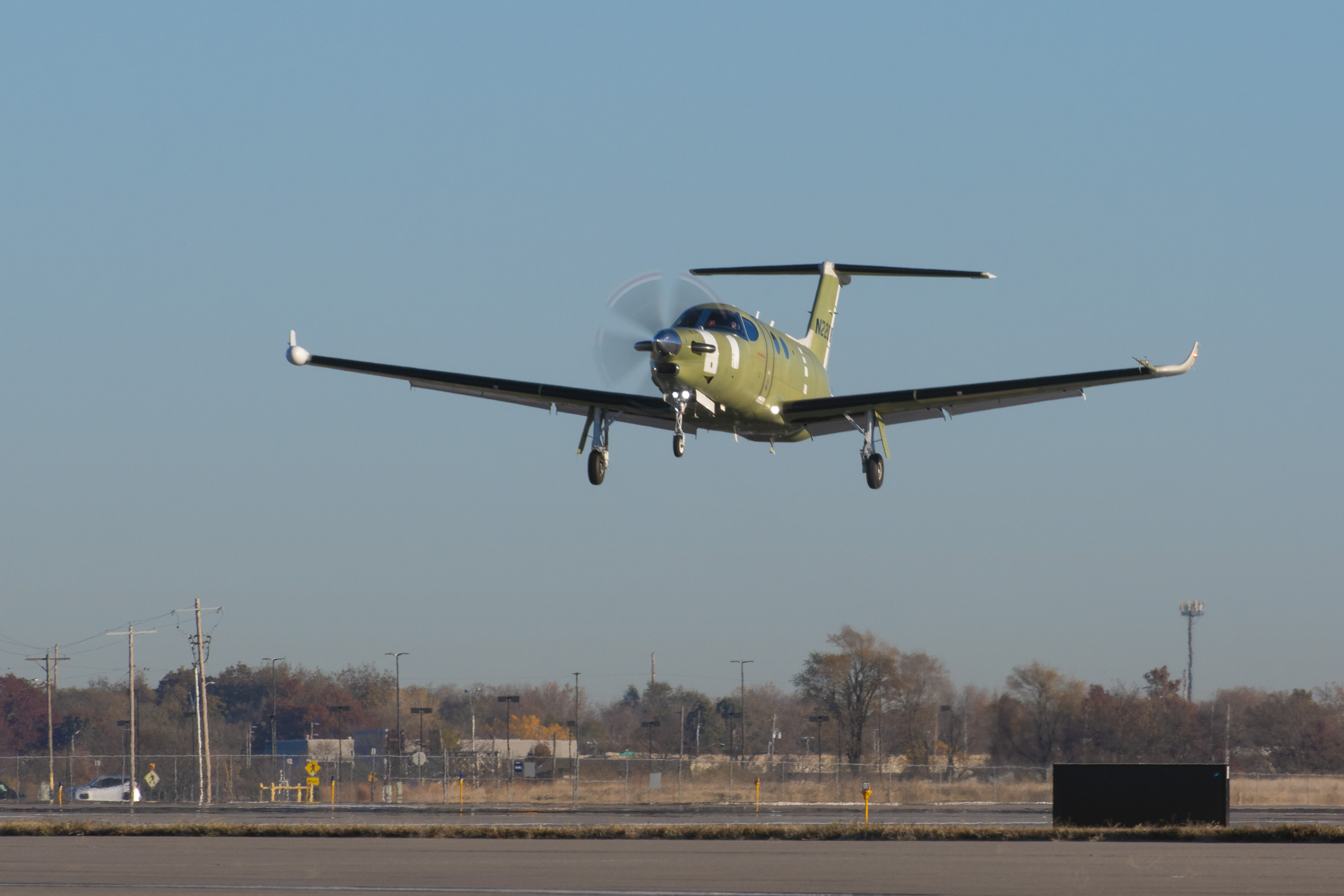 WICHITA, Kan. (Nov.23, 2021) – Textron Aviation today announced its new single-engine turboprop, the Beechcraft Denali, took to the skies for the first time. The milestone first flight is a major step for the clean-sheet design aircraft and begins the important flight test program that substantiates the segment-leading performance expected of the Denali.

The Beechcraft Denali is designed and manufactured by Textron Aviation Inc., a Textron Inc. (NYSE:TXT) company.

“Today’s landmark flight is not only a significant occasion for the Denali, it’s a truly great moment for our employees, our suppliers and the customers who will be flying this aircraft,” said Ron Draper, president and CEO, Textron Aviation. “With its more environmentally friendly engine and largest cabin in its class, this is an aircraft that will change the landscape for high-performance single-engine turboprop aircraft. Today’s flight is just the beginning for what we anticipate will be a long list of important accomplishments as we prepare the aircraft for certification and customer deliveries.”

Piloted by senior test pilot Peter Gracey and chief test pilot Dustin Smisor, the Beechcraft Denali prototype aircraft, powered by GE Aviation’s new Catalyst engine, took off at approximately 8:20 a.m. from the company’s west campus at Eisenhower International Airport. During the 2-hour and 50-minute flight, the team tested the aircraft’s performance, stability and control, as well as its propulsion, environmental, flight controls and avionics systems. The aircraft reached an altitude of 15,600 feet and attained speeds of 180 knots.

“From the beginning of the flight to the end, the Denali was simply flawless,” Gracey said. “It’s just a great aircraft to fly. The Catalyst engine was outstanding, and the aircraft performed to the levels we were anticipating. First flights really can’t go more smoothly than this. We are really off to an excellent start for the Denali flight test program.”

The Denali prototype aircraft, along with two additional flight test articles and three full airframe ground test articles, will continue to expand on operational goals, focusing on testing aircraft systems, engine, avionics and overall performance. The company is targeting certification for the Denali in 2023.

About the Beechcraft Denali

Engineered to achieve cruise speeds of 285 knots and full fuel payload of 1,100 pounds, the Denali is designed to have a range of 1,600 nautical miles at high-speed cruise with one pilot and four passengers and will be able to fly from Los Angeles to Chicago, New York to Miami or London to Moscow.

The Denali is the first aircraft powered with GE’s Catalyst engine, a more sustainable engine that burns up to 20 percent less fuel than older turboprop technologies. Like the company’s other aircraft, the Denali can also use sustainable aviation fuel. The FADEC-equipped, 1,300 shaft horsepower (SHP)-rated turboprop engine eases pilot workload with its single-lever power and propeller control.

The cockpit features the Garmin G3000 intuitive avionics suite with high-resolution and touchscreen controllers. An integrated Garmin autothrottle is now a standard feature, which interfaces with the Automatic Flight Control System (AFCS) and Flight Management System (FMS) to provide easy speed control throughout all regimes of flight from takeoff to touchdown.

The Beechcraft Denali’s flat-floor cabin is designed to be the largest in its segment and offers the versatility to easily convert between passenger and cargo configurations. The cabin features a standard seating configuration of six individual reclining seats and offers a nine-place high density seating option. Passengers will also enjoy large cabin windows, a forward refreshment cabinet and an in-flight accessible baggage compartment. An optional externally serviceable belted lavatory in the rear of the cabin is also available.

We inspire the journey of flight. For more than 90 years, Textron Aviation Inc., a Textron Inc. company, has empowered our collective talent across the Beechcraft, Cessna and Hawker brands to design and deliver the best aviation experience for our customers. With a range that includes everything from business jets, turboprops, and high-performance pistons, to special mission, military trainer and defense products, Textron Aviation has the most versatile and comprehensive aviation product portfolio in the world and a workforce that has produced more than half of all general aviation aircraft worldwide. Customers in more than 170 countries rely on our legendary performance, reliability and versatility, along with our trusted global customer service network, for affordable and flexible flight.