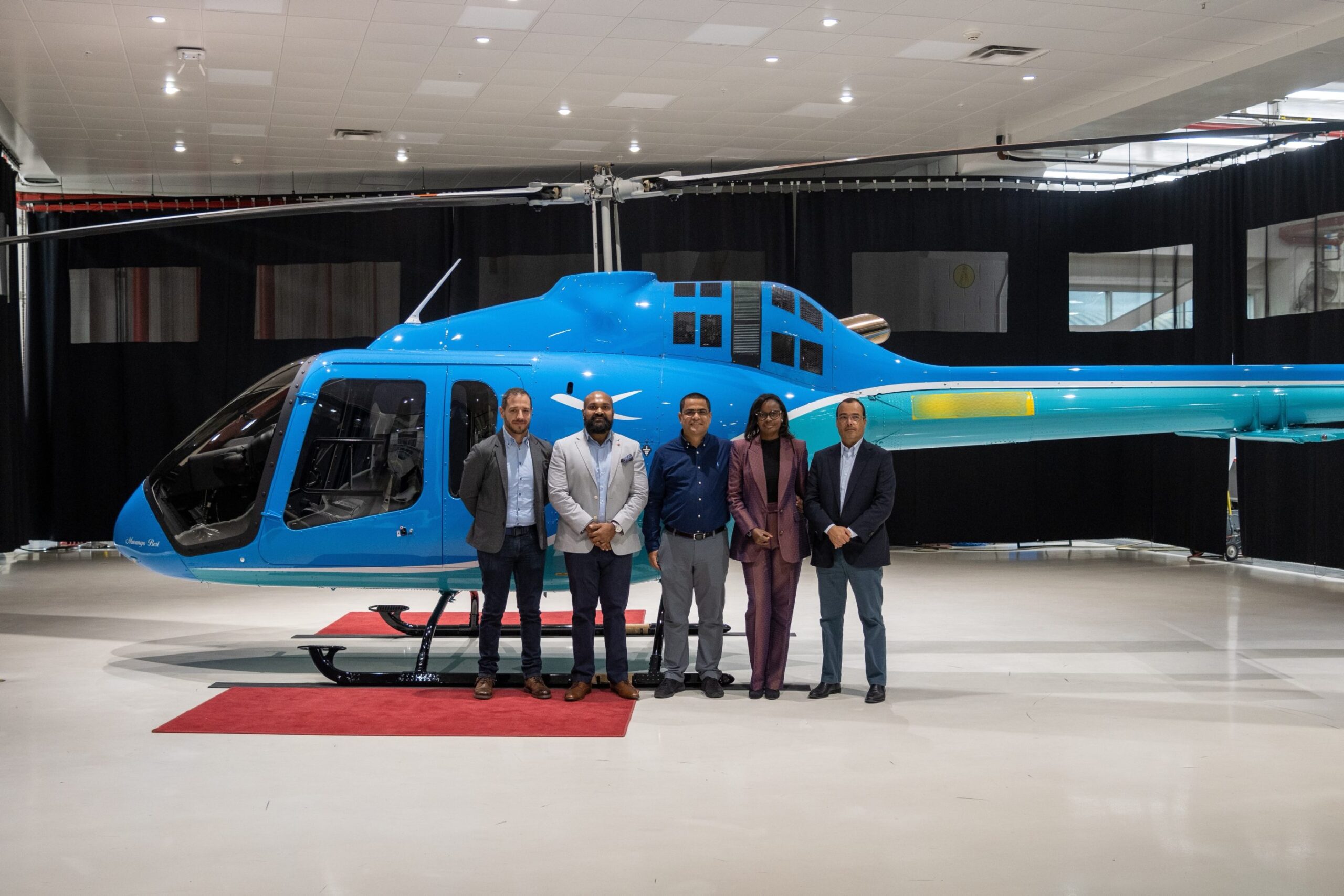 Bell Textron Inc., a Textron Inc. (NYSE: TXT) company, announced the delivery of the first Bell 505 to Angolan aviation company, BESTFLY. The aircraft was handed over during a ceremony in Mirabel, Canada.

BESTFLY was established in 2009 and today is Angola’s biggest private aviation company, carrying out a range of services, including aircraft management and charter, catering, flight planning, transfers and flight handling.

“We’re proud to take delivery of the very first Bell 505 in West Africa,” said Nuno Pereira, CEO and founder, BESTFLY. “This addition to our fleet will add a new dimension to our service offering and showcases our commitment to further developing the aviation industry in the region. We will be using the new 505 for corporate transportation and sightseeing tours, among other missions. It’s a great aircraft that is incredibly easy to maintain and the customer service from the Bell team has been excellent.”

“Alcinda and Nuno Pereira are visionaries in aviation. They have built a formidable business spanning beyond Angola, and that will be further enhanced with the delivery of a new Bell 505,” said Sameer Rehman, managing director, Africa and Middle East. “This aircraft is once again proving its versatility and reliability in this market. We look forward to BESTFLY using the Bell 505 in many innovative ways for all the work they do in the region.”

First launched in 2017, the short light single Bell 505 helicopter has proved incredibly popular across the globe, achieving 100,000 flight hours in May this year. There are currently 30 505s operating in Africa and the Middle East, and the platform celebrated its 400th global delivery in August.

This press release was prepared and distributed by Bell Textron Inc.