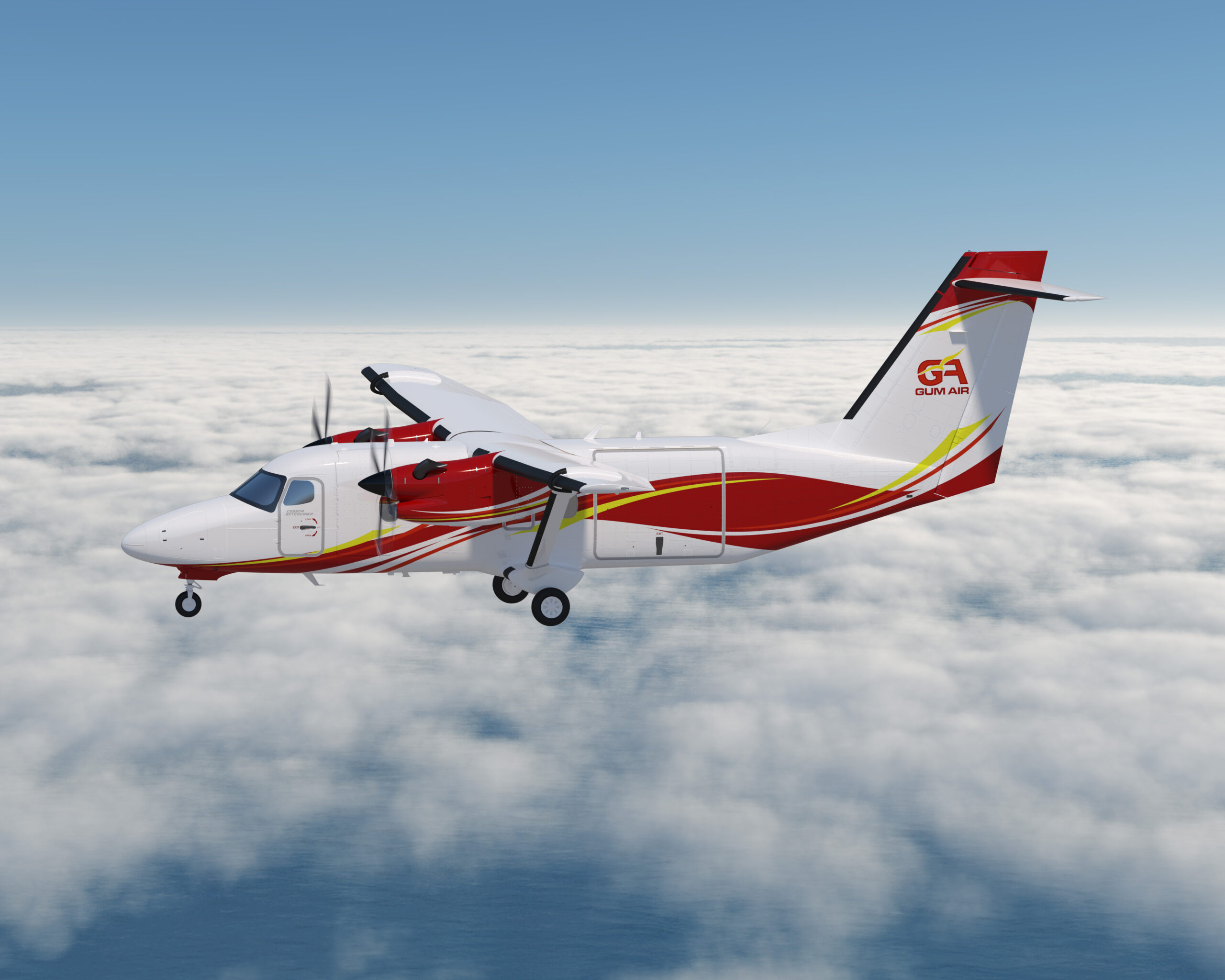 By africairweb September 3, 2021 No Comments

Tropical Aviation Distributors is proud to announce Gum Air has placed an order for a Cessna SkyCourier to be delivered in 2023. This is the first SkyCourier order placed by an operator in the Caribbean and the Latin American region.

The Cessna SkyCourier is a twin engine, turboprop aircraft, designed and manufactured by Textron Aviation Inc.

Gum Air’s Director, Dean Gummels, stated “Gum Air is excited about the addition of the Cessna SkyCourier to our international flight operations. With the current construction of a new 3600-foot runway at Heliport Paramaribo, we can utilize the SkyCourier for flights between Paramaribo, Georgetown, Port of Spain, and Cayenne. Due to the development of the Oil and Gas industry in the Guyanas, we see a potential growth in this market. We have been operating daily flights with the Cessna Caravan between Paramaribo and Georgetown since 2009, and this addition is the logical step for us.”  Their plans for the SkyCourier are to support the existing scheduled service between Guyana and Suriname with an eye toward offering the same services to French Guiana in the future. They will also support the Oil & Gas, and Cargo sectors with charter flights and possible scheduled flights to Port of Spain, Trinidad and other destinations in the Caribbean.

John Price, Vice President of Tropical Aviation Distributors, is looking forward to Gum Air’s expansion. “I’ve personally known Dean Gummels and family prior to the purchase of their first Caravan 20 years ago and have had the pleasure of working with them on the additions to their fleet over the years; watching them become the premier aviation company in Suriname with the services they provide in the country.”

Since 1964, Gum Air has been a family-owned company, located at Zorg & Hoop airfield in Paramaribo, Suriname. Gum Air serves tour operators, mining businesses, local villages, medical and government support flights.  Gum Air has a long affiliation with Cessna beginning in 1972 when they started the company with Cessna 206’s.  In 2001, they purchase their first new Caravan and now operate 4 Caravans along with two Cessna 206’s, two Twin Otters, 2 Robinson R44’s, & a Bell 505. Gum Air’s new facility at Heliport Paramaribo will become their base for the SkyCourier and International Operations.  The plan is to keep the facility in Zorg & Hoop as their base for domestic operations.

Since 1984, Tropical Aviation Distributors (TAD) has been the Textron Aviation Authorized Sales Representative for more than 30 countries in and around the Caribbean and Latin America, representing the entire Cessna and Beechcraft piston, turboprop, and Citation business jet lines. In addition to selling new and used Textron Aviation aircraft, TAD provides spare parts, product support, warranty administration, maintenance and technical support, and training coordination for Textron Aviation aircraft owners and operators, and represents Bell Flight in the region as well.

Textron Aviation has manufactured more general aviation aircraft than any other company, and is recognized as the industry leader in safety, reliability, performance, and innovation.