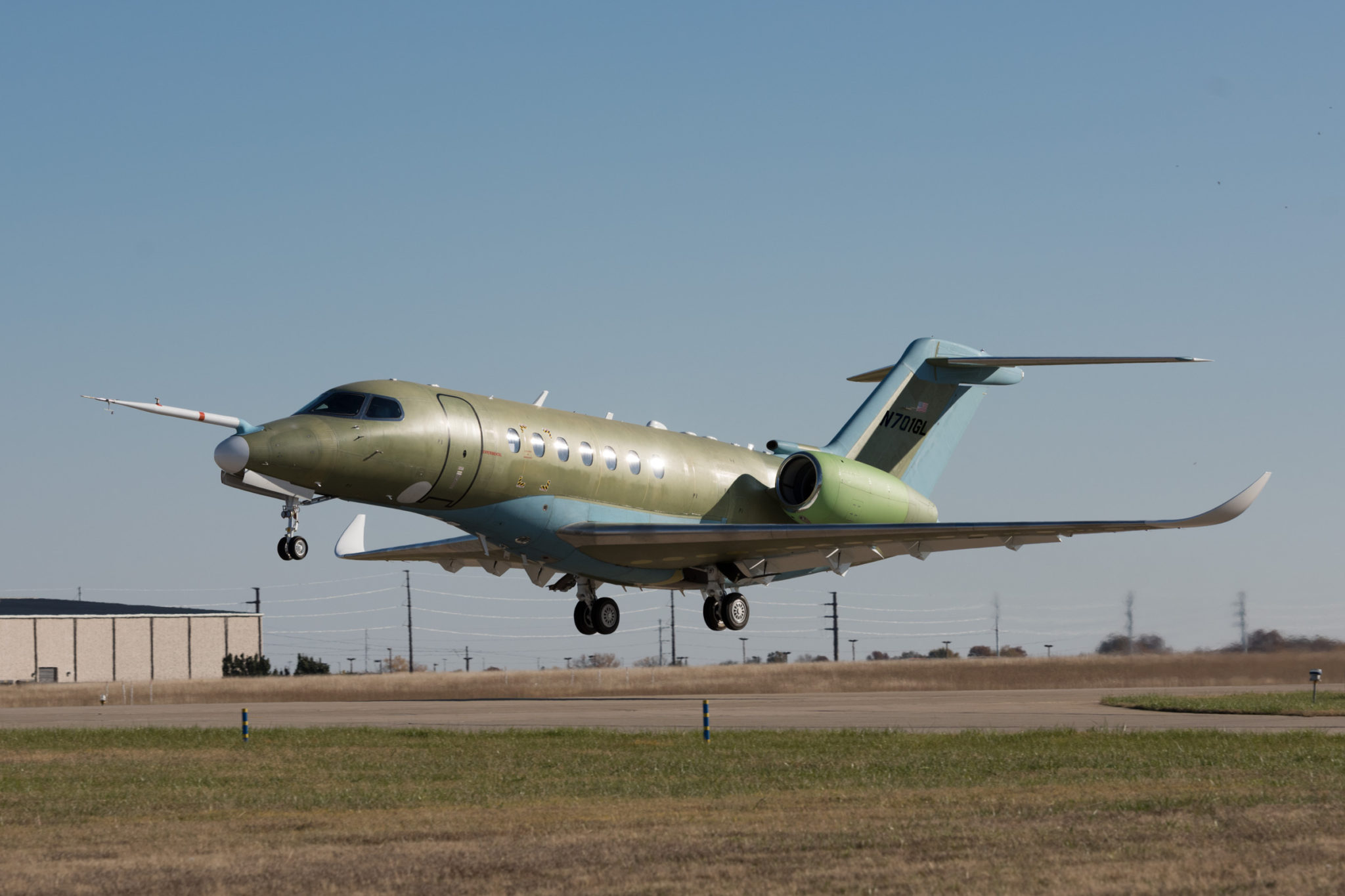 WICHITA, Kan. (Nov. 21, 2016) – Cessna Aircraft Company, a subsidiary of Textron Aviation Inc., a Textron Inc. (NYSE:TXT) company, today announced that the second aircraft in the Citation Longitude flight test program has successfully completed its first flight just over one month after the first prototype aircraft took to the skies in October. The flight, piloted by Textron Aviation test pilots Scott Foster and Peter Fisher, lasted approximately 90 minutes and reached all of its performance targets. The aircraft will be used in the flight test program primarily for systems testing, while further expanding the aircraft’s performance envelope.

“In the 12 months since we announced the Citation Longitude, our team has been right on target in meeting the program milestones, further validating our industry-leading development process,” said Scott Ernest, president and CEO, Textron Aviation. “We are coming off of a successful NBAA where we announced increased performance numbers and debuted the prototype aircraft less than a month after first flight – all of which are fueling robust customer interest around the world. The team remains focused, and we are charging into 2017 with great momentum on the program.”

The second Longitude joins the flight test program that will include multiple flying aircraft in addition to several ground-test articles and more than 40 additional test articles for various sub-systems.

The Citation Longitude is designed specifically for maximum passenger comfort and offers the lowest cabin altitude in its class at 5,950 feet. State-of-the-art cabin technology allows passengers to manage their environment and entertainment from any mobile device, while standard high-speed internet maximizes in-flight productivity. With seating for up to 12 passengers, the Longitude features a stand-up, flat-floor cabin with a standard double-club configuration and a class-leading walk-in baggage compartment fully accessible in flight.

The clean-sheet design of the Longitude integrates the latest technology throughout the aircraft, bringing customers the lowest ownership costs in this class. It features the next evolution of the Garmin G5000 flight deck and is powered by FADEC-equipped Honeywell HTF7700L turbofan engines with fully integrated autothrottles. With optional head-up display and enhanced vision capability, the Longitude facilitates eyes-up flying. The spacious cockpit incorporates easier access and an ergonomic design that fully focuses on crew comfort and efficiency.

No super-midsize business jet offers more range, greater payload or higher cruise speed at a lower expected total ownership cost. The Longitude is designed to feature the longest maintenance intervals in its class – 800 hours or 18 months – expected to make it the most cost effective to operate in its category.