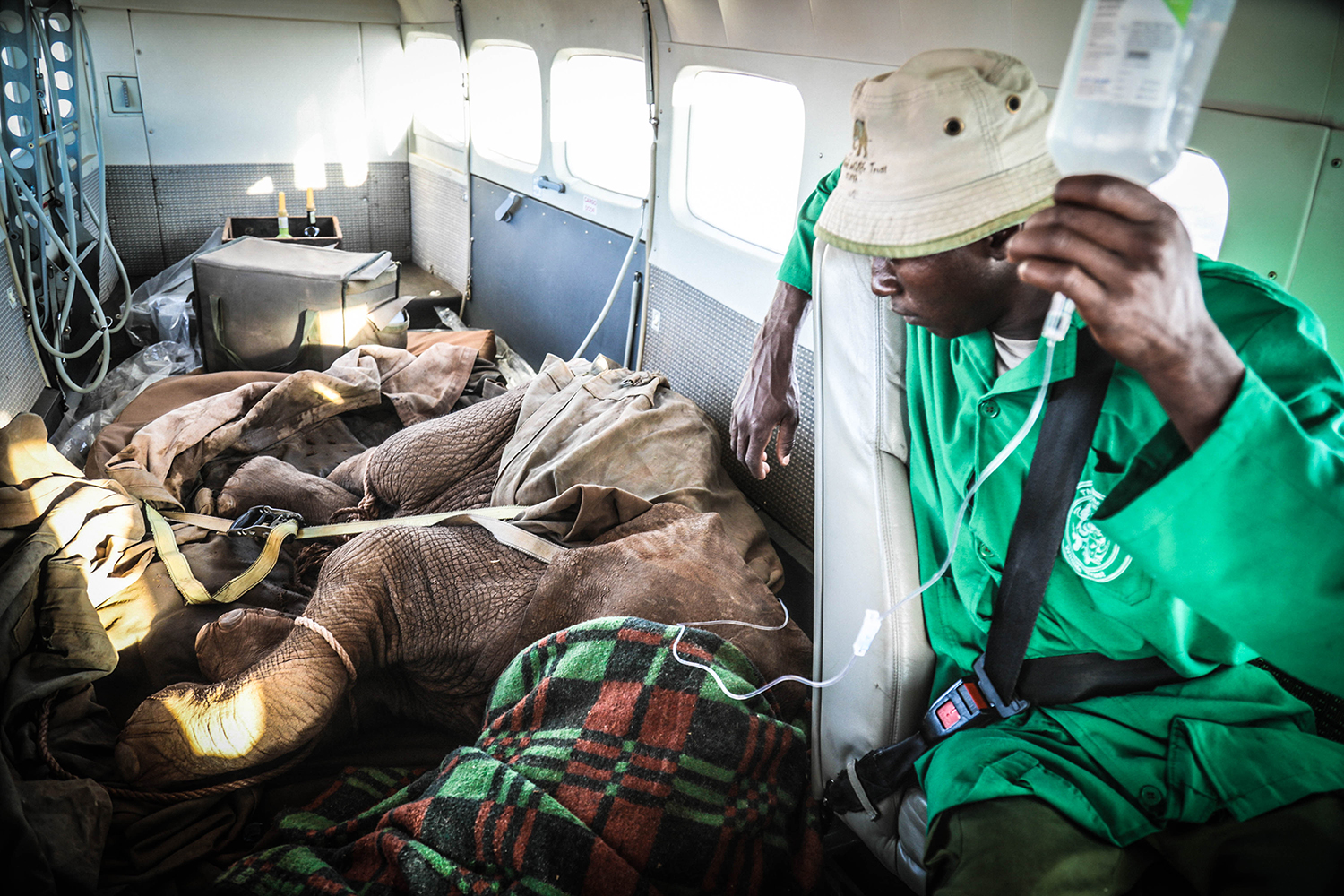 By africairweb September 19, 2021 No Comments

In Nairobi National Park in Kenya, orphaned infant African elephants are fighting for a future. The threat of ivory poaching remains a constant reality for adult elephants, alongside growing issues for the species driven by loss of habitat due to deforestation and development, drought, and other human-driven dangers. As adult elephants die, their babies are left without leadership and care.

But to understand the danger is to understand how elephants live. Researchers have determined elephants to have numerous human-like traits, including possessing complex emotions, requiring companionship, and feeling grief. Baby elephants stick close to their mothers for the first several years of their life, depending on them for both physical needs, such as milk and protection, and emotional care. Elephants are a tactile species and thrive off physical contact and reassurance. In fact, researchers have found baby elephants suck on their trunks for comfort, as baby humans would suck on a thumb.

Yet when habitats are destroyed and mothers are killed, the babies are left helpless unless an outside force steps in. In Kenya, that outside force is the Sheldrick Wildlife Trust’s Orphan’s Project and the CESSNA CARAVAN turboprop.

The Sheldrick Wildlife Trust (SWT) is a non-profit organization dedicated to the protection and preservation of Africa’s wildlife and habitats, especially endangered species like the elephant and black rhino. Since its founding in 1977, the Sheldrick Wildlife Trust has successfully hand-raised over 260 infant elephants through its main conservation activity, the Orphan’s Project.

“The mission of the Sheldrick Wildlife Trust is to carry on the pioneering work of Dame Daphne Sheldrick,” said Angela Sheldrick, daughter of Daphne Sheldrick who is now at the helm of the organization. “She began raising a few infant elephant orphans and slowly reintroducing them back into the wild, a process that can take upwards of a decade. Over the years, as threats like poaching, habitat loss, and human-wildlife conflict took their toll on the species, we have taken in more and more rescues. Equally important is securing the habitats they will one day call home through a robust field presence. The SWT has grown into a multifaceted organization that is solving the greatest conservation challenges of today.”

The Orphan’s Project was created because of the drastic decrease in elephant and rhino populations. This rescue and rehabilitation program is designed to help the infants survive during their time of grieving and transition them back into the wild herds of Tsavo, Kenya’s largest National Park.

The rescue of these orphans is quite the endeavor. Many of them are dehydrated or injured, making every hour count. They may require emergency medical treatment and quick transportation from extremely remote locations, which can only be accomplished via aircraft. And since in most cases, the orphans are found in areas that aren’t close to the Nairobi Nursery, the SWT needs a capable and versatile tool to accomplish its missions. That’s where the Caravan turboprop comes to assist.

The organization said the Caravan turboprop is the most efficient and effective way to safely transport the elephants. In addition, with its wide loading doors and spacious cabin, it is the ideal aircraft to transport these orphaned infant elephants and all the medical equipment that’s needed to have the best chance at survival. The capability and versatility of the aircraft allows the Sheldrick Wildlife Trust to find the elephants that need assistance.

But the efforts don’t stop at rehabilitation. The SWT works to ensure the elephants remain safe once reintegrated into their natural habitat.

“Along with the Orphan’s Project, we operate a multitude of other conservation projects to protect our orphans once they are back in the wild. We have 18 mobile anti-poaching units, a canine tracking unit, and an aerial surveillance unit to tackle threats to our natural world. Our six mobile veterinary units, which are complemented by a Sky Vets program that offers aerial access for remote locations, have treated over 8,000 wild patients. All these projects work in concert across Kenya to safeguard our orphans and other wildlife,” Sheldrick said.

The Aerial Surveillance Unit has seven fixed-wing aircraft and two helicopters, including the Caravan turboprop. These aircraft fly over the greater Tsavo Conservation Area in support of the Kenya Wildlife Service and Sheldrick Wildlife Trust’s anti-poaching and veterinary ground teams. This aerial presence is a vital tool in the effective prevention of illegal activities and increased security for the orphans back in the wild.

The six Mobile Veterinary Units work across Kenya’s most iconic ecosystems, including Tsavo, Amboseli, Meru, Mara, Mount Kenya and the Rift Valley. These units treat all manner of ill and injured wildlife, often for human-related issues such as snare or arrow wounds. Through their work, they save thousands of wild lives each year.

Oftentimes, injured animals are in inaccessible locations. In situations where the nearest ground based Mobile Veterinary Unit cannot reach the patient in time, the Sky Vet Program will attend to it. Taking flight in a Cessna Caravan aircraft, they are able to quickly respond to the emergency cases and treat them promptly before infection sets in and the animals are lost forever.

It’s safe to say it takes a very organized and passionate team to do the meaningful work Sheldrick Wildlife Trust embarks upon each day. And the right tool in the air is imperative for continued success and preservation.

“The Cessna Caravan helps us facilitate these rescue missions and plays a big part in our initiatives,” Sheldrick said.